Sorry I can't come to the blog right now...

Here is what I've been up to. 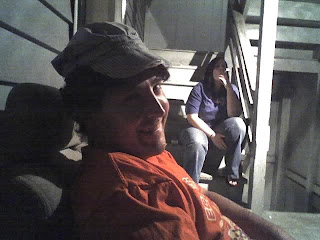 Taking pictures of Jason in wigs that Fred owns. That and changing my life.

Posted by Crescent at 2:53 PM No comments:

I keep scaring Jason in the night. It's starting to really get seriously funny. I think it's because I am (despite my size) a quiet walker/mover arounder. It's literally happened three nights in a row almost. Poor Jason.

Anyway, I am super busy but wanted to remember that.

Tomorrow will be many pictures of my weekend funtimes.

especially my nose. I woke up sneezing. Literally. And I haven't stopped since. And then I got a nose bleed WHILE still sneezing and now my nose sounds like a sports fan or sexist construction worker every time I breath. Whhoooooot whoooo!!! Whhhoooooot whoooooo!!!

Jason has it too. I'm calling it The North Woods Flu. Coined!

It started with the urgent need to sleep then the sneezing.

I'm going home to bed in an hour.

Whhooot.
Posted by Crescent at 1:04 PM No comments:

I spent the Day of Labor in Athelstane, WI. Basically the literal middle of the north woods of Wisco. It was great. Lots of relaxing and I even slept in a tent outside one night! AND heard coyotes!! It nearly gave this city girl a heart attack but Jason made it fun. Plus I think it was good for me. My spirit or something. Anyway here are some pics. 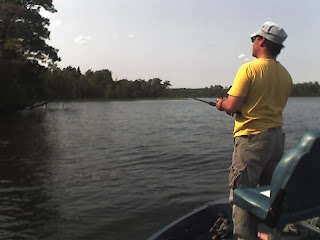 Jason trying to catch a musky. He never caught one but he sure looked cute trying. Plus there were a million boats out there scurrin' all our fish away. 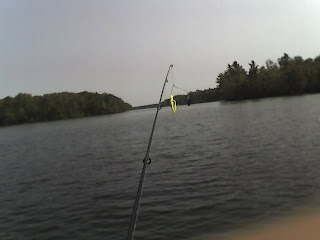 ME! Fishing with a spinner rod! I learned from Jason's mom who is the master of the spinner rod. I did pretty well! Jason's dad even said I was inadvertently doing some "techniques". Not the first time I've heard THAT! ahhahahahahah Jusss kidding. 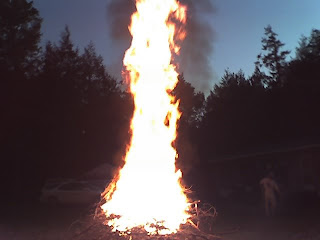 The tallest fire I've ever been that close to. You can see Jason backing away from it in the background. 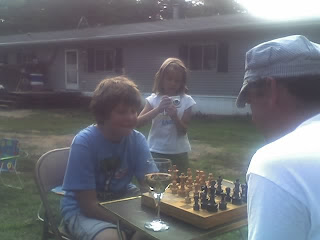 Jason playing chess with his nephew. His niece is taking a picture of me taking a picture. She is a firecracker. We had a tic tac toe tourney that lasted an hour the next day. She won. This was my first time meeting them but they called me "Aunt Crescent" right away AND said that Jason and I were "definitely cool.". But it's not for me to say how awesome we are....
Now let's fast forward to my lunch today with my best friend Anne and her PERFECT baby girl. This baby sets the bar so high for baby awesomeness that I challenge ANYONE to not want a baby immediately after seeing her.
She thinks it's very funny when I yawn at the same time she does. I think it's very funny when she does pretty much anything, which you can tell by the stupid smile on my face in these pics. 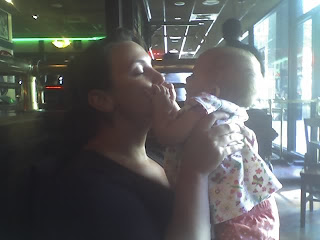 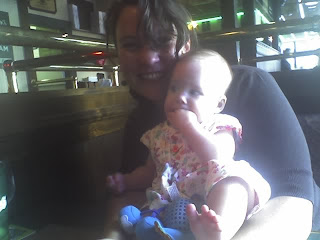 'Twas a great weekend. Ready for another one.