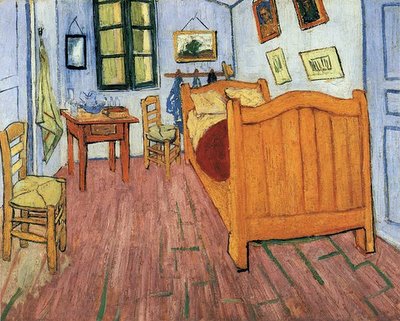 I have had the craziest week of dreams! I think it might have something to do with me being off candy. Now that that monkey is off my back everything's like....more real man. Don't get me wrong, I've been an intense and detailed dreamer since I was a child...in fact my first few vivid memories turned out to be dreams. It wasn't until about 8th grade that I found out that my nursery school teachers did NOT bring all the jungle gyms into my living room for me to use after I fell down some stairs. (the stairs part was real..of course.)

My husband is peer pressuring me to write these all down right away so I put my hard cover journal and favorite pen on the night stand (suitcase) next to our bed (futon) so I'm prepared to write down what dreams may come in the nacht. However, I think a weekly recap of my freakazoid dreams here in blog form might be fun too.

One thing that's been kind of flipping my lid this week is the fact that in almost every dream I've been able to read very detailed written word which is actually not that common for me. It's very cool and creepy to say the least.

1. A bunch of college friends, that I haven't even really thought of in years, show up to take me to a new water theme park. We decide to ride the biggest ride there. It's called...The Ocean Awaits. We all sat on a large bench and strapped ourselves in at the last minute. All of a sudden the bench FLIES out towards this endless ocean so fast and hard that I literally gagged from the pressure in the dream. We got almost to the water after free flying for at least 500 feet and I was so close to the water that I could smell salt. Like how salt on super cold apple slices smells. Then we were whipped back to land by the bungee cords....back and forth like that until we finally slowed back to a full stop on land. Then I get a text message from my dad...it says..."They buried poor Christina Jones today." (name change because it was an actual friend from high school's name). I started sobbing instantly and woke up sobbing.

2. My whole family is sitting around watching my dad open presents. He gets to the last one and it's a novel that he wrote in the 70's that none of us knew about. I was shocked and excited so I grabbed it from him and turned to the back of the last page and it said..."I am quite sure they were substantially uninvited. But here they sit none the less." Then he started telling us a story but I couldn't hear what he was saying until the last sentence which was..."I knew someone was on that bench with me because he whispered 'stay' into my ear." My sister said..."YIPES!" and I looked him in the eye and and called out like I couldn't find him....."Dad???". I apparently said that in real life too because when I woke up the sound was still kind of in the air and my throat and Jason was saying my name trying to wake me up because he knew I was having a nightmare. So that was scary...and what's with the bench and Daddy theme this week?

3. Finally, last night I dreamed I owned a stainless steel, flat headed robot with a skinny computer screen for eyes. I kissed him on top of the head and patted him gently before going to bed. My friends (that just happend to be standing around my robot and bed) asked me why I kissed him and I said..."I don't want him turning on me." I woke up and told Jason that one and he said..."that totally sounds like something you would do."
Posted by Crescent at 10:10 AM No comments: 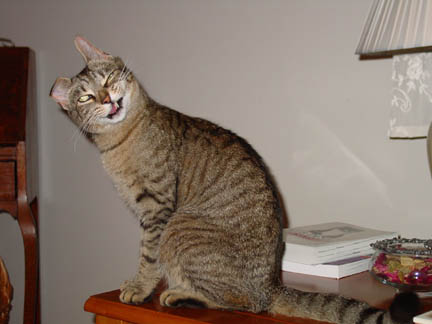 I just used my lunch hour to create a PowerPoint slide show called...."Smiling Gatos". It's just a bunch of pictures from the internet of cats yawning or hissing or sneezing or doing something that makes it look like they are smiling and/or laughing.

I don't know why it tickles me as much as it does, but I'm dying over here.

I've watched it about 10 times and laugh harder at my work each time. I sent it out to friends and family but honestly....I just wanted all those pictures in show form for myself.

I think I might be very very ready for the weekend.

mew.
Posted by Crescent at 2:01 PM No comments: 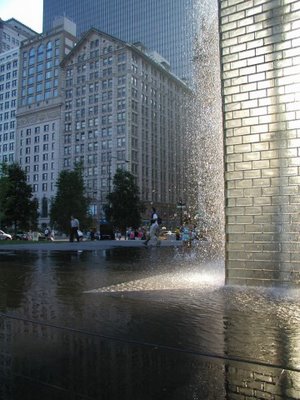 Jason and I went out to dinner last night and sat outside...enjoying the early summertime weather. We were talking about old friends and apartments and times and all of a sudden I got so sad I thought I was going to have to excuse myself and cry in the bathroom like a 13 year old. I'm not sad. I'm happy...very happy. But the weight of time and loss and gain and growth and static just washed over me and kicked me in the jibblies. It might not have even been sadness. It might have just been one of those moments where time kind of stops for a second so you are forced to look back, for better or for worse.

I didn't say a word about it to Jason. It didn't ruin my night or anything. Just caught me off guard a little.

And of course now today, every song that comes onto my LaunchCast or Pandora seems to be a pin point moment from different phases of the last 7 years here in this city. It's all wonderful but it's impossible to grow and change and NOT feel some aches and pains here and there....for whatever reason.

I'm going all the way home tomorrow for my mom's birthday AND will be seeing three of my best friends from high school and their babies. I'm really looking forward to it all, but I'm hoping this bittersweet fever I'm running clears up by then.
Posted by Crescent at 11:40 AM No comments: