I feel very weird. I haven't been without a job in years and even then I was such a different person that I don't even really remember how I coped. If I recall correctly it was....well....poorly.

This time I have my head on straight(ish) and really wonderful and supportive friends and family. I wasn't fired so there's no bad blood or punch to the ego. None the less I still just feel really weird. Hixx (who recently went through the same thing) said that this is normal and will balance out. She also told me to rebel a little and I think that's good advice and makes me feel enpowered even if I don't totally know how to go about it.

Went to apply for unemployment for the first time in life only to find it's on a maintence break. Hmmmm I wonder what is going on BEHIND my computer. (when you hear the ding....turn the page to find out!) 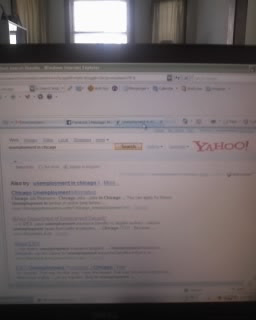 DING!
It's Calaban! He was hiding. Awww. I better rub his ears and belly for an hour or so. 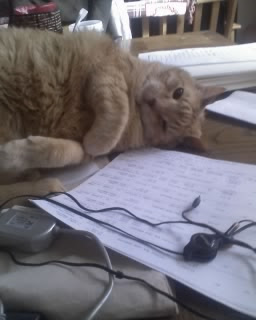 DING! He's still there! Maybe he would like an ice cube and some lap time. 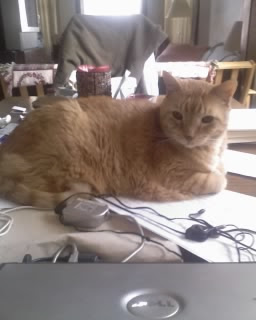 DING! Having one bloody mary while I watch Arrested Development is okay. It is! 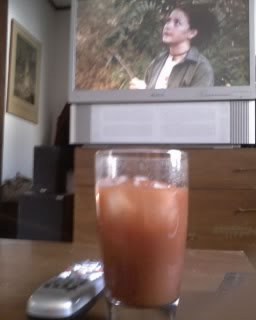 DING!
Having two bloody mary's while watching Wife Swap is totally acceptable. It is! Stop looking at me like that. 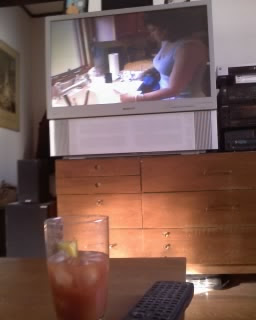 DING! Jason's home! Thank GOD. I can talk outside of my head now. That's a load off. Hi Jason! How was your day? What are you doing? What's that you're making? Pork chops? Great! Can you make mine extra salty and garlicly? What's that you say? You AREN'T going out tonight? That's great! We can play cards right here!!!! Why are you crying? What do you MEAN "personal space"? Anyway, I have 62 hours of America's Funniest Home Vids on the DVR! Let's cuddle! Do you have wine? Stop crying! 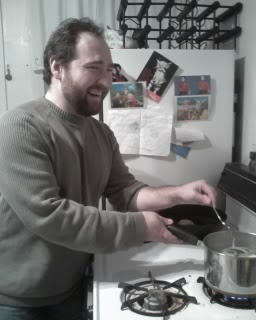 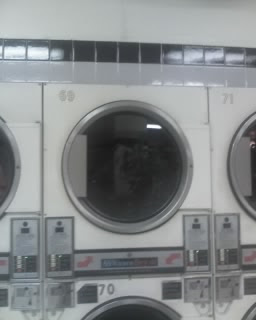 Jason and I (really mostly Jason) washed all our bedding yesterday and so I got a good nights sleep last night. Man that helps the world not seem so terrifying, doesn't it? When Jason got home from cards and got into bed he said "Whoa! It smells like clean blankets!!!". Such a small but wonderful thing in THIS economy.
Also music. I must remember to listen to music at work until this storm passes. It really makes all a difference. Or makes things feel more like a movie which for some weird reason makes me more hopeful about life in general. Like my story is going to be up and down but in the end I'll surprise everyone and do something important or something.
Hanging in there kitties. That's all we can do.
Also, Michigan this weekend. That will be a lifesaver.
Posted by Crescent at 11:26 AM 2 comments: 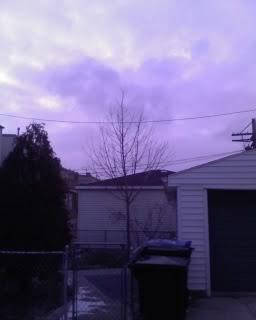 Work times are scary. Will know more on Wednesday hopefully.
Our cat is peeing on the bed for some reason.
I'm finally feeling better thanks to doing nothing but sleeping and eating on Saturday.
I always miss Jason on Monday mornings.
Old peepers. (for Jason and Tim)
Duffy's is a terrifying place on Sunday afternoons in which there are sporting events in Illinois.
Feast was a much less terrifying place for Sunday brunch. Glad that's where we ended up.
If I'm still around at work I have a four day weekend coming up thank GOD.

We can't make this work. That "apple dessert" made my eyes water. Good thing I have a drawer full of my new favorite thing in the world....no not Big Macs....although can you IMAGINE???
No these. Paul Newman's (RIP) Pretzels. They are so good I could kick a pool shark. (newman ref.)

the chicken kind of tastes like water wings used to smell. Or rafts.

Still okay over all though. However, I think this warrants changing our dating status to "it's complicated".
Posted by Crescent at 12:41 PM No comments:

So LC and I are dating again.

He's CHANGED! I swear. He's different when it's just the two of us.

I'm trying the full meal again. Chicken with penne and veggies and "an apple dessert". So that's a little vague but I'll live.

What it's supposed to look like: (except the "apple dessert" is missing in this pic....extra mystery EDITED TO ADD! NO WAIT! THERE it is in the background!) 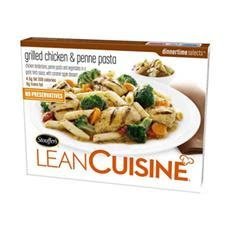 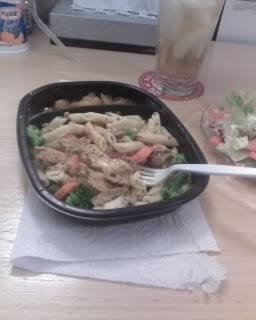 I was extra hesitant on this one because Jason has been rocking out the meals lately and making frozen food seem so very last year. BUT it's good! I like that the sauce isn't too garlicky or thick. The noodles are the perfect texture and the veggies don't terrify me.

The "apple dessert" I haven't gotten to yet, but I did eat a noodle that fell in there and it tasted pretty alright!