Who Has Two Hammer Thumbs and is Going to Italy? 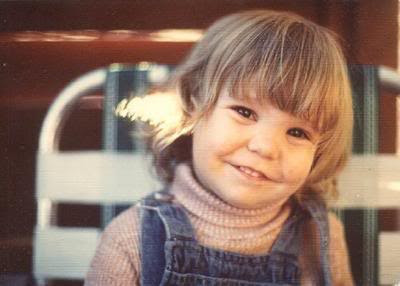 I already packed even. Jerry, a good friend of ours, also won the same trip so he is coming along with his sister. We have started a very hilarious (to us) game via text that I predict will go on for years and years because, folks, this joke has got legs arms and a social security card it's so good.

It started because I guess CeeLo did some lame version of his FU song about firemen. I don't know how it really goes but Jerry sang it with disdain and in a perfect CeeLo voice and I about fell over.

"I see you jumping outta buildings with the people I love and I'm like, Thank youuuuu"

that started it. Here are the rest so far. There will be more. Enough to maybe start a friggin Tumblr even.

Jerry: I see you droppin' stinky loads in your litter box and I'm like Peeewwwww
Crescent: I see you watchin' British capers on PBS and I'm like, honk shooooo
Jerry: There's just so many!
Crescent: I hear ya sayin' there's so many ways to spoof CeeeLo and I'm like, that's truuuuuue
Jerry: I can not wait for March Madness to here, I root for K UUUUUU
Crescent: I heard that Brutus killed that Ceasar on the steps in Rome and I'm like, et tuuuu?
Jerry: Instead of fingers I have wicks at the end of my hands, call me La Foooouuuu (then he realized that's the wrong character and I revoked his Disney privledges for a month)
Crescent: I've got the pollen in my nose and my Flonase it out so I'm like atttchoooo
Jerry: I try to catch all of the chickens on my little farm, I'm gonna pluck
> yoooouuu. (the fact that he put "little farm" made me cry tears of the laughings.)
Crescent: I havin groovy little parties in the seventies and I serve...fonduuuu

Even when things are sad, life remains hilarious.

Last night Jason and I were heading out to bring dinner to a friend and I had a pie in my hands. I opened the door and fell onto my knees and the pie shot out of it's package but then the way I fell closed the package back up. It was like the coolest, most painful and messy magic trick ever.

Jason just kept saying "what are you doing?" and "jeeeeeeze" while I tried to clean up the pie.

I just texted him that I was really feeling that fall today and he wrote back "hahahaha there is still pie all over that chair."

I don't know. I guess it's just funny to me that I had a pie accident. Seems very Laugh-In.
Posted by Crescent at 4:50 PM No comments:

Sometimes there just isn't a brighter side.

My best friend's dear friend is close to departure. He has been fighting brain cancer like some kind of superhero for a couple years now. Today he began his exit process. I met him about 5 times. Once right before we were both diagnosed at my friend Fred's house. We talked a ton and I instantly knew he was one of those people. You know the ones. The ones that should be here much longer than his early 30's. The ones that are good dads and husbands. The ones that make it better here.

After we both found out about our cancer....mine a much less scary diagnosis than his....we would bump into each other at benefits or concerts and compare notes on our treatments.

The last time I saw him it was harder for him to talk and I could see it frustrating him. We just kind of held/shook hands and I tried to make it clear to him that nothing needed saying. I was just glad to see him.

He is with his family now and surrounded by love. But that just isn't enough for me. I see Anne and Matt grieving and struggling to make sense of losing a friend. I see his wife try and remain tough and strong and hopeful during what would really be my worst nightmare. There is good to be drawn...of course. Human spirit, better to love than not, life is short. today all that feels like rubbish. He shouldn't be going. It's not fair to him or his little girl or his family or my friends that love him so much.

I hope there is some peace but dang it, man. Just dang it.

This is not mine to mourn, I realize. I am just so sorry for those close to him and I love those people that are close to them so it all hurts.

Cancer is a no good dirty playing thief.

PS - then I get this from my amazing dad.

"We were not. Were. Will not be. Will be. A mystery to be here, to leave, and a real mystery about the next rendition. We actually know nothing of the next dimension whether dust or daisy or new person. What we do know is all was well with us before we were this and will be OK when we are not this.
Posted by Crescent at 3:15 PM No comments: