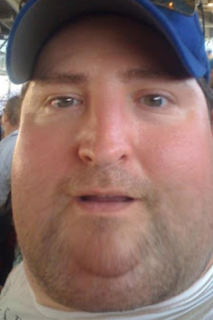 If you would've told me in college that the most fun person in the WORLD to watch a scary movie with would be Jason Prah I would've slapped you in the lying face. But he is. He gets all....what's the word...bouncy? Hyper? I don't know but he does stuff like turns off all the lights and sort of squeals in my direction a lot to get me to be nervous.

Last night it was Paranormal Activity 4. I'm a huge fan of that franchise. They are silly but scare me and have no blood involved.

I get up to go make him some orange soda, which he was demanding in a horrible child's voice..."I WANT ORANGE SODA!!!" That alone was killing me. Then as I was finishing he got totally silent. I always know that means he's planning some big scare. For instance, during another horror movie night I went to the bathroom and when I came out he had actually LEFT the house. He was giggling hysterically outside the front door when I finally found him. So last night when I came out of the kitchen he wasn't on the sofa. I started nervously giggling then saw him sitting at the dining room table in the dark with his hoodie hood up over his face. It was a good one for sure but I was only scared for like .2 seconds because he started laughing right away.

Then during another soda/pee break HE got up to get some more soda and said "I hope nothing happens to you while I get more orrrrrrannnnge soda, dude!"

Silence then a loud PSSSSSSSSSSTTTTTTTTT and dripping sound as he opened the orange soda bottle too fast and it shot all over the floor and fridge. More silence then "WHOA!" He walked back into the living room then turned right back around "I need to eat more hot peppers".

I don't even know why I'm telling you all this but I just am. It was so comically wonderful and fun. He's the best. I guess that's all. And maybe just try and watch a scary movie with him sometime because it's like the most fun you may ever have.
Posted by Crescent at 9:41 AM No comments: